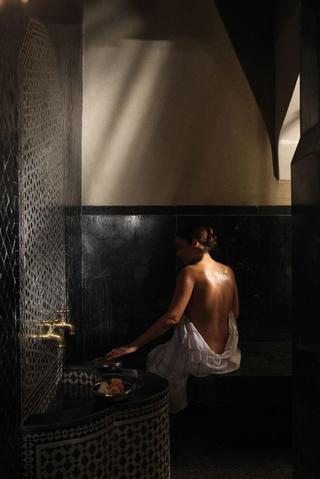 Baths were not only a place of cleaning but a place of purification, renewal, and pleasure for the Turks. The wealthiest Ottoman women used to go to public baths once a week, even if they had private baths in their homes. Because for women living behind closed doors, socializing, being aware of each other, was a place of fun baths. So there was plenty of reason to go to the baths.

“The bride bath” for the girls to be married, baths for maternity women, votive baths and more…

Hammams were open to everyone located in cities, towns, and some villages. As a public sphere in social life, it helped to maintain the Ottoman Empire for centuries. Hammams played a more significant role in the social lives of women than men. Contrary to the traditions of men’s baths, women joined the baths in groups.

Every family had a pair of ‘bath bowls’ in keeping with its taste and degree of wealth, the larger one for the men, the smaller for the women. Bath bowls came in several varieties: fat and round bowls of silver, bronze or copper, decorated with reliefs, inlays or fish.

The soap dish was a lidded container with a handle on top, oval-shaped, with holes in the bottom like a sieve. Soap, combs, and rubbing and lathering mitts were placed inside it. There was also a metal container in the shape of a pumpkin for keeping jewelry after getting undressed in the bath.

Bath mirrors were oval or round with wooden or silver frames. The bath clogs (nalın) that were worn on the feet were carved out of wood in special shapes and decorated using various techniques. Being quite high off the floor, they ensured that the bather’s feet never came into contact with the soapy water.

The most sought-after combs, whether coarse- or fine-toothed, were those made of ivory, which were plated with silver and gold.

Traditional thin bath towels (peshtemal) were woven in plaid designs. They were adorned with various types of embroidery. For these reasons, we decided to introduce this bath ritual to the world. As a result of our research, we discovered that the best quality peshtemals are woven in Denizli. We combined our designs with high quality and presented this modernized culture to the world.

Why do we choose bamboo?

We use cookies to give you the best experience on our website. If you continue to use this site, we will assume that you agree to it.OKPrivacy Policy